“What are we going to do”? The loaded question black people must ask themselves when awaiting the verdict of a trial dealing with the death of a black person at the hands of a white person/law enforcement. The gravity of such question is barely processed because as Black people in America, we have been forced to reckon with that question since we were illegally shipped here. 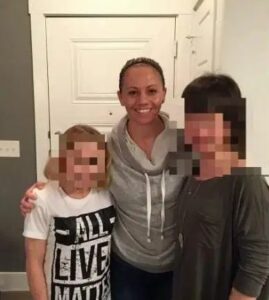 “What are we going to do?” What other groups are forced to ask this among themselves? This is a unique experience that taps in to the pain and trauma of being black in America. Think about every legal mechanism used to validate slavery and segregation, the lynching of black people with impunity, every race riot that was instigated against thriving black towns and business, every video of black people being killed with impunity. 400 years of processing systematic oppression and institutionalized racism, literally built into the fabric of America.

Black people not only have to come to terms the pain of the senseless loss and blatant disregard of Black lives and/or the fear that any one of us could be next. No. We must also deal with the reality of operating within a justice system that fails to protect our civil rights as citizens of this country and human beings in general.

This is part of the trauma hardwired in to our psyche.

And having to grapple with how to answer that question again, and again, and again, and again and…..we are always on high alert for a complete break down, personally and as a community. The compounding pain and rage explodes out into our safe spaces…the only spaces we are allowed or had to fight to keep safe. This is how riots start. Trauma. 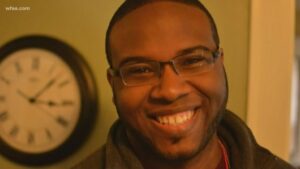 And now, in 2019, as we await the verdict of Botham Jean’s murder trial, a case that is so blatantly open and shut in favor of a murder conviction, Black people are forced to ask ourselves “what are we going to do” if/when Amber Guyger is acquitted, based solely on this country’s history in justifying the killing of black people.

And what makes this case even more disturbing is that, if acquitted, it implies that not only are Black people not safe from justifiable homicide while breathing, laughing, playing, driving, sleeping in our cars, being in your backyard, having mental illness, etc, but also adds sitting in your house eating ice cream to list of offenses. The gravity of that should be troubling to everyone. It justifies the belief that being black, in itself, poses a critical threat with no additional onus of responsibility on those who unreasonably react to Black people as threats. 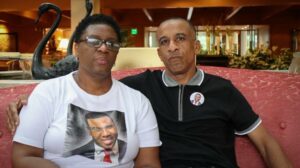 Amber Guyger is guilty of entering an apartment that wasn’t hers, unlawfully shooting Botham Jean while he ate ice cream on his couch, did not perform CPR as Botham laid there dying, sent texts while Botham laid there dying, lying about shooting Botham Jean because he posed a threat though she never mentioned that in her 9-1-1 call, the bullet trajectory, and the most egregious, the potential cover up by Dallas PD to protect her crime. You ain’t got to lie Craig. Just admit it. You came to the wrong apartment, saw a big black man in there, shot him because you’re subconsciously (or consciously) programmed to fear Black men, shot him and then realized you fucked up…as stated in your texts and 9-1-1 call. At best, you are negligent and grossly incompetent. At worst, you’re a cold-blooded killer. 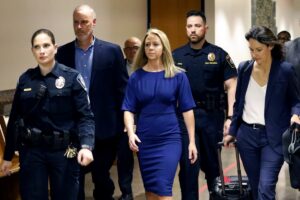 Amber Guyger arrives to her trial, regarding the killing of Botham Jean, on September 23, 2019

And yet…the possibility of her being acquitted is as great as ever because black lives don’t matter and white women are one of this country’s most protective species.

What is even more unsettling is that, given the situation, I do not see how Botham’s life could have been spared once “Murderous Molly” determined her apartment had been compromised. It reminds me of a Netflix movie called “See You Yesterday”,  about a girl who goes back in to time to save her brother from being killed by the police. Each time she goes back, each time she thinks she has a chance to save him, she is met with the reality of the difficulty of preventing the inevitable. So lets review potential scenarios for Botham Jean on this dreaded day:

Scenario 1: the actual incident. Guyger claims she enters the wrong unit, thinks Botham is an intruder, and shoots him. It’s justified because he’s viewed as a threat.

Scenario 2: Guyger enters Botham’s apartment. Botham is armed with a legally registered fire arm, feels his life is threatened because he sees a white woman with a gun barge in to his apartment, so he fires at her, but she’s wearing her vest so she’s not hit, and she shoots him because she perceived him as a threat.

Scenario 2a: same as 2 except instead of hitting her vest, he actually kills her. He calls the police stating that he accidentally killed a cop who mistakenly barged into his apartment. The police come, see he is armed and shoot him.

Scenario 2b. Same as 2a except instead of shooting him, he is convicted of manslaughter and dies of “suicide” in jail. A black man could never get off for using deadly force to protect himself or his home. But the probability of a white cop who killed an unarmed man in his apartment, while eating ice cream, gets that benefit of the doubt, even though she didn’t give Botham’s his.

Botham’s life was always in jeopardy. That is the reality for Black people in this country…knowing that ANY interaction with law enforcement could result in our death.  This is America. 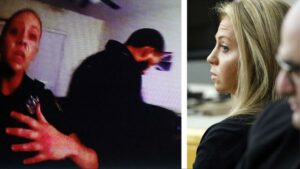 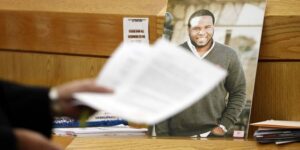 Knowing all this, it genuinely felt as if this trial was not getting the attention that it deserved from our people. It was frustrating to witness. How can we get “them” to care about black lives if we aren’t engaged in caring about black lives? How could anyone be so dismissive of a case of this magnitude? Botham was killed for being perceived as a threat, in his home, in his pj’s, eating his first bowl of ice cream on a while after healing from a root canal, watching TV when this in incompetent maniac shoots him in his home, without warning, doesn’t render aid, and then has the Police Department help cover it up. 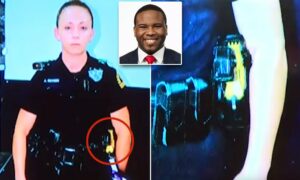 Thinking about how anyone could overlook this travesty was mindnumbing…until I was reminded of our trauma. Black people in America are tired. Tired of having to go through these motions over and over again.  It’s fucking exhausting. And I get it. Because regardless of whether we follow the case or not, we are all now how this story could end. This is not our first time at the rodeo and we are tired. Tired of being disappointed. Tired of seeing our lives not valued. Tired of asking ourselves over and over “what are we going to do”.  And yet, the question needs to be answered. 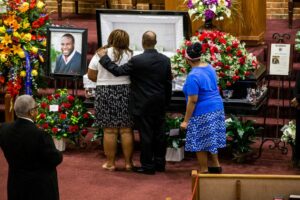 So Black people, as the jury deliberates, we have to ask: what are we going to do? Because we all know what is coming, and we know that it will happen again and again and again until we can figure out how to finally answer it. Until then, maybe this clip of civil rights activist Ella Baker can provide inspiration in how we should proceed. . TBD

Botham Jean’s family set up a foundation in his honor. Its goal is to “to continue the work our beloved Botham started, which is to provide aid to the most vulnerable. Some of his passions included giving back to the Saint Lucian community by providing financial and emotional support to the Boys’ training center, Transit home for children and the Marian Home for the elderly.

The foundation will also be providing support to the families impacted by police brutality as well as persons in need of immigration guidance, which are both causes dear to our hearts.”
Click HERE to learn more about the Botham Jean Foundation. Also, Happy birthday to Botham Jean, who would have celebrated his 28th birthday yesterday, had Amber Guyger given him the opportunity to see it.