King Crewbie is a children’s animated pilot episode about a five year-old black boy and the many adventures he tackles while exploring the world and his own culture. Raised by his American-born father and Cape Verdean mother, Crewbie, and his side-kick little sister Cali, take on topics dealing with self-esteem, skin color, hairstyles, food and more, finding ways to learn and be empowered as Black kids in America. Crewbie finds confidence with his crown, that appears whenever he feels unsure or lost, transforming him in to King Crewbie, helping him navigate through various situations.

Created by creative director Noah Craigwell, King Crewbie was inspired by his toddler son. Craigwell noticed a void when searching for shows he and his son could watch and relate to. There was a glaring absence in animated shows that showcased young black boys as the lead. “As an artist, I felt my talent could be put to use in a way that could have a direct impact on a group I used to be apart of myself. I feel the opportunity is needed, and the type of impact it could have on the younger generation will be inspiring.” 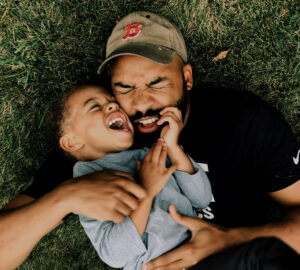 A Boston native, Craigwell grew up in its inner-city but attended school in the suburbs, learning how to navigate between “both” worlds. After attending DePaul University in Chicago, Craigwell’s passion for storytelling grew and inspired him to start his own production company, Beyond Measure Productions. With his mission set, Craigwell tapped the creatives in his family to assist with bringing King Crewbie to life.

Craigwell understands how important a character like King Crewbie is to the culture, stating “Young Black children need to feel an identity and relation to the ups, downs, struggles, and triumphs of a character that looks like them. Not only to identify with the character, but to use the tools and lessons ‘King Crewbie’ instills in their own growing lives.” Craigwell believes  “if you can capture the young mind early and teach them how to problem solve, lead, and be strong it will help change the future of young men who will eventually be the fathers and leaders of our culture.”

King Crewbie’s teaser pilot is currently in production with a tentative release date hovering around Christmas 2019. Craigwell will be launching a website and a crowdsourcing campaign to help turn King Crewbie into a series. Check out King Crewbie and it’s progress HERE. More details coming soon! 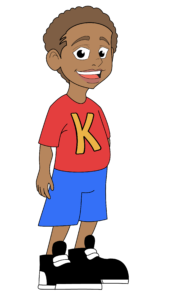