112 summers. We could only be so lucky. Luckily he was given his flowers while he was still alive. 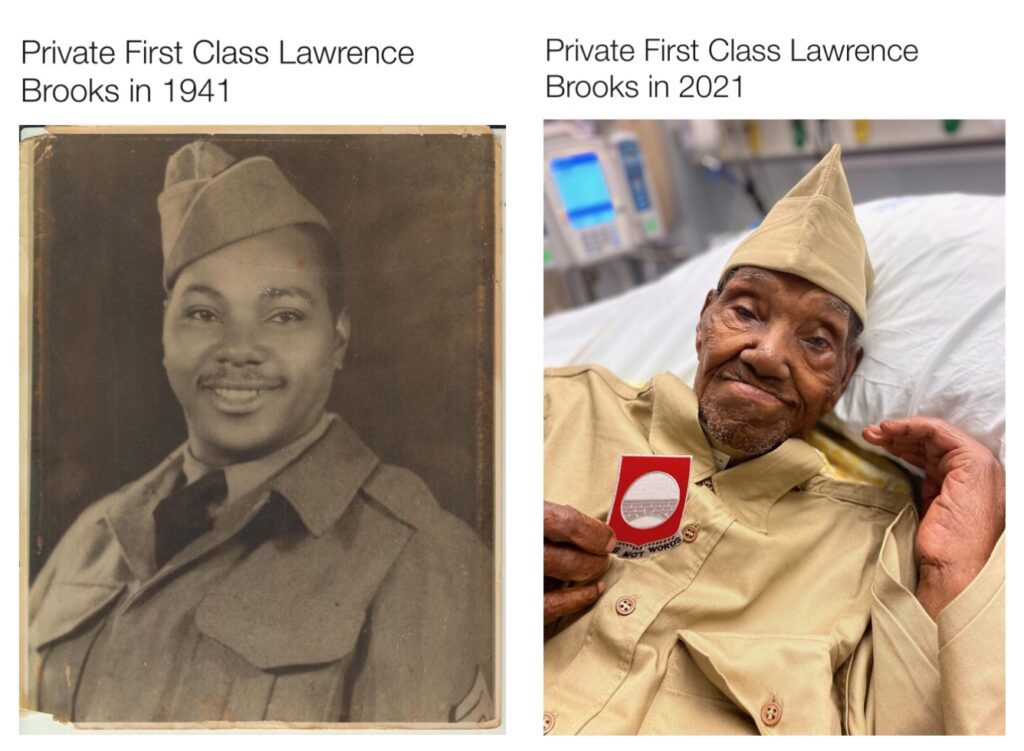 Lawrence Brooks was drafted into the US Army at 31 and spent World War II in the predominantly African American 91st Engineer Battalion, which was stationed in New Guinea and the Philippines, according to the museum. After the war, he worked as a forklift operator for 40 years.
Brooks’ wife, Leona, died in November 2008, and he is survived by five children, 13 grandchildren and 32 great-grandchildren, the museum said in a statement.
Since 2014, the museum said it has hosted birthday parties for Brooks’, including socially distanced gatherings in recent years, citing his good humor and enthusiasm at these celebrations.
“He was a beloved friend, a man of great faith, and had a gentle spirit that inspired those around him,” Stephen J. Watson, museum president and CEO said.
“His kindness, smile and sense of humor connected him to generations of people who loved and admired him.”
Prominent figures responded to the news of his death, including President Joe Biden.
“I’m saddened to learn that Lawrence Brooks — who was the oldest surviving U.S. WWII veteran — has passed. I had the honor of speaking with him last year, and he was truly the best of America. I’m keeping his loved ones in my prayers,” Biden tweeted.
Louisiana Gov. John Bel Edwards also tweeted his condolences, thanking Brooks for his service.
“I am sorry to hear of the passing of Mr. Lawrence Brooks, America’s oldest World War II veteran and a proud Louisianan. I am thankful I had the chance to meet him and learn from his service. Please join me and @FirstLadyofLA in praying for his family during this time,” the governor tweeted.
The museum said that Brooks’ passing underscores the urgency and importance of their mission to preserve stories of the men and women who served in World War II for future generations. Of the 16 million US veterans who fought in World War II, approximately 240,000 remain alive, according to the US Department of Veterans Affairs.