You know how racist white Americans who think they aren’t racist say shit like “I don’t see color”? Well they might be right. Apparently they don’t unless they are looking at a Black American. This is proven throughout American history through the fascinating story of Rev. Jesse Wayman Routté (pronounce Root-tay), a singer and Black pastor who wore a turban in order to be treated like a human being in the Jim Crow South. 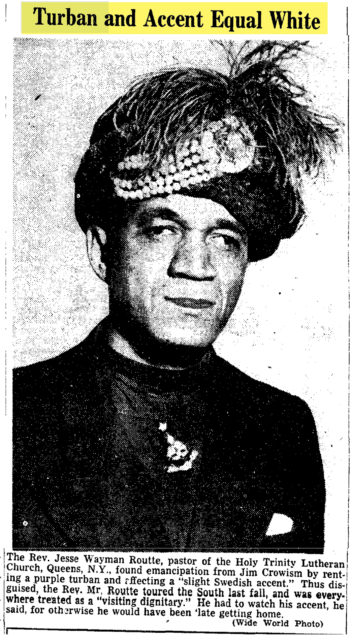 See, the superiority complex White Americans suffer from impacts Black American’s differently as we were first property to them before we were people. That mindset of devaluing our humanity was so deep that while White Americans may have racist thoughts and feelings about races/ethnicities from other countries, they were still more cordial, more welcoming, and more decent to them they then were to their fellow American who happens to be Black. Rev. Jesse Wayman Routté, pastor of the Holy Trinity Lutheran Church in the Jamaica section of Queens peeped game, and acted accordingly.

In 1943, while travelling from New York to Mobile, AL to officiate his brother’s wedding, Routté experience very little segregation. It was on his way back to New York that the “second-class citizen” accommodations became apparent.

Prior to his return to Mobile in 1947, Wayman received a tip from the ladies in Mobile’s Lutheran missionary societies: They suggested travelling with a turban and robes for any “visiting Negro of rank”. Routté went to a costume shop and rented a “towering, spangled, purple turban”.  He set out with two goals: a social-scientific desire to determine why white people feared and hated Black Americans and to teach the “propaganda of the mischievous deed”. 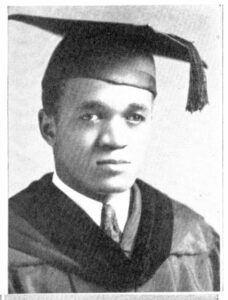 Having studied at Augustana College and Seminary, where he was the first Black student to attend the school mostly comprised of first- or second generation Swedish descendants and teachers, Routté began using a Swedish accent and boarded the segregated train, bypassing the Jim Crow car and sitting comfortably in coach with the white passengers. Though he was clocked by a Black porter, the whites on the train were courteous and chitchatted with this “foreigner” with the Swedish accent. Routté enlisted his friend who was editor of the Long Island Daily Press to publicize his experience and intervene if necessary. Routté felt that “we are fighting an empire of ignorance!”

Once Routté arrived in Mobile, donned in a turban and robes, the red carpet rolled out during his week-long stay. Routté “dropped in on police officials, the Chamber of Commerce, merchants, and factory owners, introducing himself as “an apostle of human relations, seeing how other men lived and doing what I could to help all men live in peace and harmony.”” 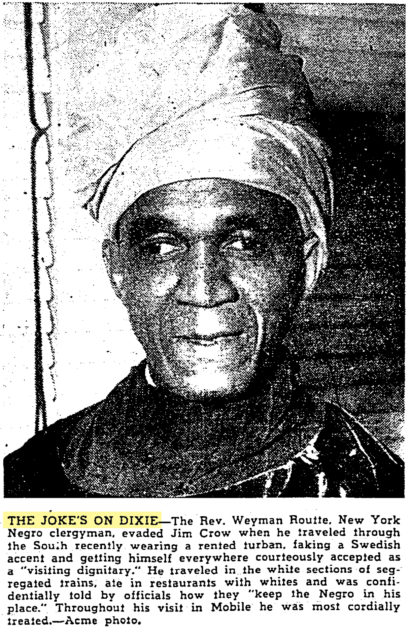 Routté received tours of the police headquarters, segregated schools, and hustled his way into the finest restaurants who would normally not serve a Black person if they knew they were black. He also kept his head held high because “Negroes in the South always looked down”. These white racists happily shared how the police felt there was no “Negro problem” and if “we have any trouble with a nigger we just knock them down” or how the waiter at a restaurant stated “no Negro would dare come in here to eat”, as Routté stroked Black-ass his chin while ordering dessert in said establishment.

Routté’s experience was documented on the front page of the Nov 16, 1947 issue of the Long Island Sunday Press titled: Jamaica Negro Minister Dons a Turban and ‘Jim Crow’ Dixie Rolls Out a Carpet. The story was picked up by the Black press as well as major publications. In it, people were able to see how irrational white hate against Black Americans was and how something as simple as a hat could upend how white people interacted with ‘others”. Marjorie McKenzie with the Pittsburgh Courier stated that Routté’s experience highlighted “a problem of semantics” where “a man in a jeweled turban is not a Negro…so he failed to evoke the response that is called up in the southern white mind when the word Negro is mentioned or thought to apply to a person or a group.” 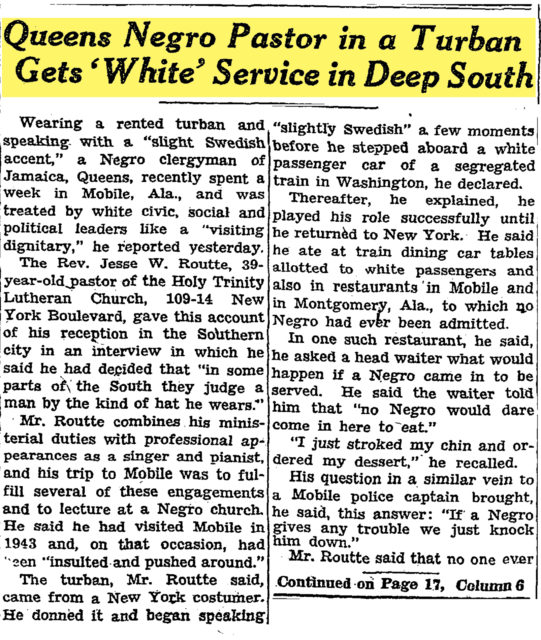 This is the connection to how whites perceive Black Americans, who they see as second class citizens who don’t deserve rights, respect or dignity and that any other kind of “Black” is more acceptable so long as they aren’t an American.

After Routté’s story went mainstream, he began receiving threats from the KKK. Newspapers in Mobile also attempted to debunk his claims stating that the police and city officials did not have any conversations with a turbaned individual and the restaurants claim to have never seen him in there.

Even as these entities attempted to debunk Routtѐ’s claims, he was not alone in this “con”. Other Black Americans donned turbans to trump Jim Crow.

There was Dicky Welles, a Harlem nightclub owner who wore a turban and traveled on cruises with white patrons to Nassau and Cuba as the “Maharajah of Hattan”.

Joseph Downing, a financial adviser to white bankers, who built his fortune by wearing an “exotic” headdress and going as Prince Jovedah de Rajah. 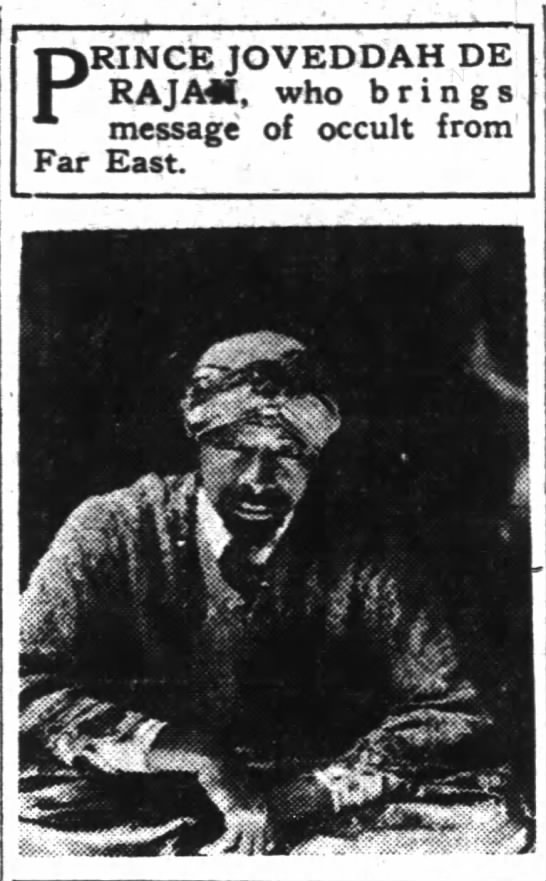 There was Korla Pandit, a Black man who pretended to be from New Delhi, who was a musician and television personality. 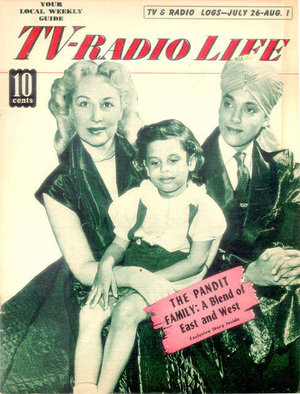 Salute to Routté for having the balls and bravery to put his life and livelihood on the line to expose what we already knew: White people have an irrational hate and fear against Black Americans specifically. This is their problem. It always has been. This is why the experience of American Descendants of Slavery (ADOS) in this country vary from how Black Americans from other countries are treated. This is why our experience is unique. This why Black people are separate from “people of color” because the hate, violence, bigotry, and discrimination we experience is because we simply exist. More on that in a later post.

What Routté and others like him did was expose how “capricious and arbitrary” Jim Crow racism was. Through this experience, white racists were forced to evolve. Now instead of just hating Black Americans they also hate anyone who wears a turban too. Because white people gonna white people 11 times out of 10.