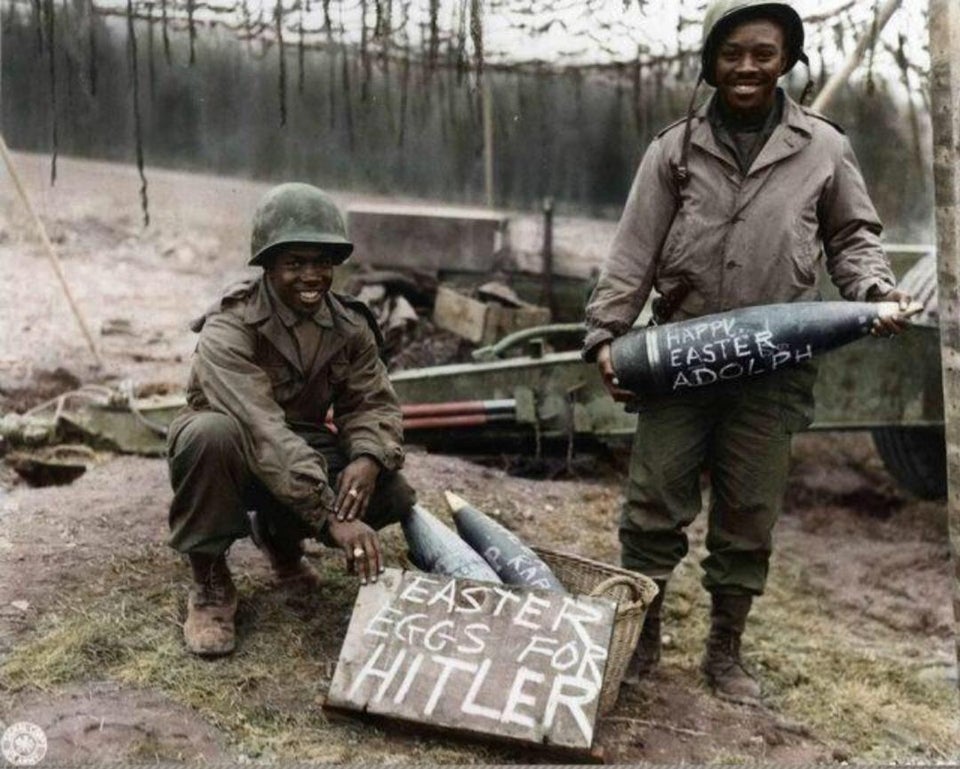 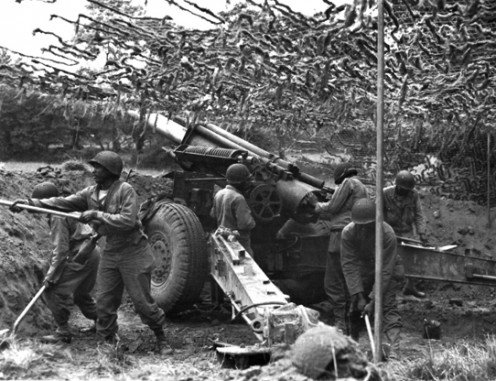 A gun section of the 333rd FAB in Normandy

The 333rd Field Artillery Battalion suffered heavy loses in December 1944 when they were overrun by the Germans during the Siege of Bastogne, part of the Battle of the Bulge which was called “the greatest American battle of the war” by UK Prime Minister Winston Churchill as it was Adolf Hitler’s last major offensive in World War II against the Western Front. Hitler’s aim was to split the Allies in their drive toward Germany. The German troops’ failure to divide Britain, France and America with the Ardennes offensive paved the way to victory for the allies.” 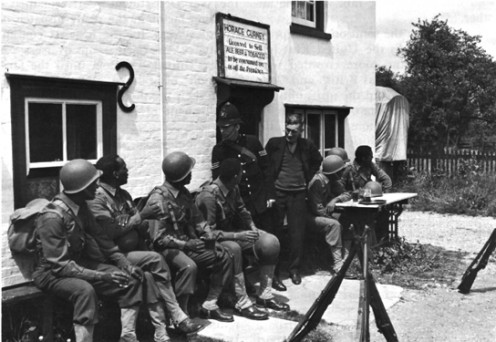 Black troops enjoying hospitality in the UK. Relations were good between the British public and Black Americans.

We give thanks to these men and their Easter eggs for Hitler, which provided us the freedom to hide Easter eggs for our families. Regardless if you celebrate a magical bunny, a magical resurrection, on just a regular ole Sunday, none of that would be possible without the bravery and sacrifice made by those who serve our country, particularly those who served our country when this country still won’t serve them.

Technical Sergeant William E. Thomas and Private First Class Joseph Jackson prepared a gift of special “Easter Eggs” for Adolph Hitler and the German Army.  Scrawling such messages on artillery shells in World War II was one way in which artillery soldiers could humorously express their dislike of the enemy.

By March, 1945 many more U.S. combat units of African-Americans were on the front.  Lieutenant Colonel Chet Hansen, aide to 12th Army Group commander Omar Bradley, noted in his diary on April 8, 1945, that “Negroes are now being used in volunteer (combat) platoons with our divisions and according to Bradley they are doing well.”

On April 7, 1945, Private First Class Willy F. James, Jr., volunteered to be lead scout.  Private James was a member of the all black platoon assigned to Company G, 413th  Regiment,104th Infantry Division.  When he got pinned down by enemy fire for over an hour, instead of panicking, Private James made a detailed observation of the German positions.  After safely returning to the platoon, he assisted in working out a plan of attack, and then personally led a squad in the subsequent fighting.  He was killed by enemy machine gun fire while going to the aid of his fatally wounded platoon leader.

The US Army was segregated during World War II, but the attitudes towards African-Americans in uniform were undergoing change in the minds of some generals, including Eisenhower and Bradley.  Five years later the military ended segregation in the army by order of President Truman.  However, because of racial bias prevalent in the Army in 1945, it was not until 1997 that Private James’ extraordinary heroism was finally recognized with a posthumous Medal of Honor presented to his surviving relatives by President Bill Clinton at a White House Ceremony.  Six other African-American World War II heroes were similarly honored at the time.