Truth be told, I am not eloquent enough to describe such an encounter. What I can say is that I am grateful to bear witness. Not only in the fact that this conversation exists, but the fact that this conversation exist in way to force you to question yourself, this world, and your place in it. Conversations with a Native Son aired on May 13, 1975 on Thirteen WNET.  There are so many gems in this brief 20+ min conversation between friends. An intimate glimpse into a relationship that spans decades. A peek behind the curtain into a conversation that could have lasted for hours on end.

Both known and well-respected for their prolific writing and activism, James Baldwin and Maya Angelou’s paths first crossed in Paris during the 1950s. It was there that the pair formed an unbreakable bond and became like family to one another. Baldwin even had a hand in getting Maya Angelou to write her groundbreaking book I Know Why the Caged Bird Sings. 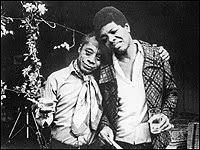 James Baldwin and Maya Angelou posing at a party in Beverly Hills, CA during the late 1960s.

Angelou says author James Baldwin, whom she considers a brother, had a covert hand in getting her to write “I Know Why the Caged Bird Sings.” Acting on Baldwin’s advice, Angelou’s editor tried a little reverse psychology and told her that writing an autobiography as literature was “almost impossible” and she shouldn’t even attempt it.

“I said, ‘Well, hmmm, maybe I’ll try it.'” Angelou recalls. “The truth is that he had talked to James Baldwin, my brother friend, and Jimmy told him that ‘if you want Maya Angelou to do something, tell her she can’t do it.'” 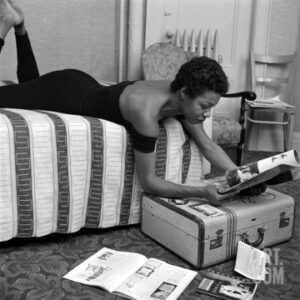 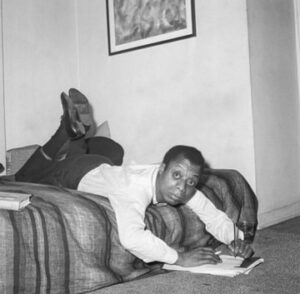