Pi Day falls on 3/14. It is a day to celebrate mathematics. The number Pi, also represented as π, is the circumference divided by the diameter of a circle. Pi is a constant, meaning that it doesn’t matter how big or small the circle is, Pi remains the same. Numerically, Pi seems infinite. HERE is where you can find the first million digits of Pi. When shortened, Pi is represented as 3.14 which is how March 14th became Pi Day. 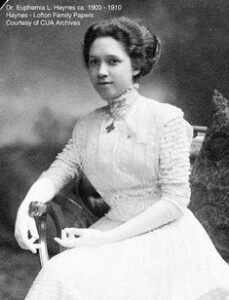 Elbert Frank Cox: The first Black person to receive a PhD in mathematics.

Euphemia Lofton Haynes was born Martha Euphemia Lofton in 1890 in Washington, D.C.. Her father was a prominent Black dentist and her mother was a leader in the Catholic Church. Euphemia graduated from M. Street High School in 1907, graduated from Miner Normal School for Colored Girls in 1909, and earned a B.A. in mathematics from Smith College in 1913. After marrying Harold Appo Haynes in 1917, Euphemia went on to earn her masters degree in mathematics from the University of Chicago in 1930. 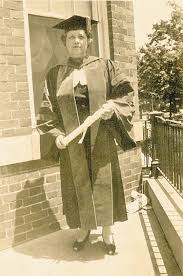 That same year, Euphemia “founded the math department at Miner Teachers College (later renamed the University of the District of Columbia), which focused on training Black teachers. Also becoming a professor at the college in 1930, Haynes remained head of the school’s math department for nearly 30 years.”

Euphemia continued her studies and in 1943, Euphemia earned her Ph.D in mathematics from Catholic University. The title of her dissertation was The Determination of Sets of Independent Conditions Characterizing Certain Special Cases of Symmetric Correspondences. 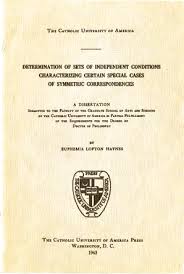 Euphemia had a distinguished career in Washington,  D.C. where she taught in public schools for 47 years, was the first woman to chair the D.C. School Board, established the mathematics department at Miners Teachers College, and occasionally taught part-time at Howard University (HU. YOU KNOW). 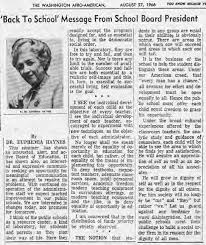 Euphemia’s accolades didn’t stop there. She “served as first vice president of the Archdiocesan Council of Catholic Women, chairman of the Advisory Board of Fides Neighborhood House, on the Committee of International Social Welfare, on the Executive Committee of the National Social Welfare Assembly, as secretary and member of the Executive Committee of the DC Health and Welfare Council, on the local and national committees of the United Service Organization, and as a member of the National Conference of Christians and Jews, Catholic Interracial Council of Washington, the Urban League, National Association for the Advancement of Colored People, League of Women Voters, and the American Association of University Women.”

Euphemia Lofton Haynes died July 25, 1980 at the age of 90. She bequeathed $700,000 to her alma mater Catholic University in a trust fund established to support the School of Education’s professional chair and student loan fund. In return, the school named a scholarship fund in her name. 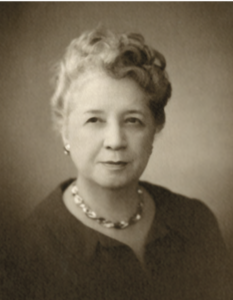 Today, and forever, we honor your legacy. Thank you for laying the foundation for future generations to follow.