*Trigger Warning.* This article will discuss suicide and may be triggering to those who have attempted suicide, are suicidal, have lost someone to suicide, and/or experiencing Post-Dramatic Stress Disorder (PTSD) or depression. If you or someone you know needs help, place call the National Suicide Prevention Lifeline at 800-273-8255 or visit suicidepreventionlifeline.org.

This story is heartbreaking and extremely hard to report on. First and foremost, my deepest and sincerest condolences go out to the family and friends of 15-year old Jo’Vianni ‘Jo’ Smith. Jo was a sophomore at Bear Creek High School in Loti, CA, where she was known as a bright, funny, energetic, and talented with music, basketball, and softball. Jo’Vianni hung herself earlier this month. She left no note or reason for taking her life but her mother believes Jo was having trouble coping with California quarantine orders requiring residents to stay at home.

What is more troubling is that Jo’ Vianni’s death is just one of five reports of teen suicides in the Sacramento, Stockton, and Oakdale areas in the past two weeks. Investigators have not identified a motive behind the suicides.

Danielle Hunt, Jo’Vianni’s mother, remembers her as bubbly and loving…a light her mother said would shine forever. Hunt is now focused raising suicide awareness during the COVID-19 pandemic to help parents better communicate with their children during these challenging times. Hunt said that before Jo’Vianni’s tragic end, she felt she was doing  “all that I can do as a parent to leave the communication open.” Hunt went on to say that “sometimes we may need to stop and worry about the kids that we don’t think we need to worry about.” Hunt also wants to remind parents to “have true heart-to-heart with their kids and help them with their emotions during this pandemic, even if they are smiling and dancing.”

Psychologists have acknowledge that stay-at-home orders related to COVID-19 are impacting the youth. What we are experiencing is not normal and should not be normalized. Alfonso Apu, Director of Behavioral Health at Community Medical Center in Stockton, CA said “Kids and adolescents do not have the tools adults have so they may have more stress on them.” Apu urges parents to ask tough questions, checking in with your children to make sure they are OK. “Number one is to increase communication,” Apu said. “If you see changes — sad, isolating too much — that is when you start asking questions.” “The number one question is: How do you feel? Are you having thoughts of hurting yourself?” Apu explained. “Some parents think this puts the thought (of suicide) into a child’s head. But it is reality and you have to be able to talk about it.”

On a personal note, I have seen and shared quarantine “introvert vs. extroverts”-type memes and posts.  A lot of  “check your extroverted friends, they are struggling”. As a self-diagnosed introverted/extrovert who genuinely appreciates alone time, I joked a few days ago on my personal timeline saying that nobody was checking on their introverted friends before quarantine so extroverts would be fine for a few months. Reading about these suicides caused by COVID-19 quarantines highlights how I was being tone-deaf and insensitive. We have to do a better job of checking on each other…period. Everyone struggles in their own way. Everyone processes the stresses of life differently. For some, that means finding solace around people, places, and things. For other, it means controlled isolation. And then there are those who live in-between. No-one person is better off than the other, regardless if the world is in crisis-mode or not. And none of us is immune to depression and/or suicide. Don’t just check in on your strong friends. Check in on people in general. Because we are all struggling in our own ways, even if you don’t see it.

Suicide is a Black problem, even if it may not look like it. Suicide is the 10th leading cause of death for Black children ages 5-11, with rates nearly twice that of their White counterparts. NBC News reports that “A recent study in the Journal of Community Health showed that suicide rates among black girls ages 13-19 nearly doubled from 2001 to 2017. For black boys in the same age group, over the same period, rates rose 60 percent.” Our kids are struggling. Our kids are still kids. And regardless of how quickly being a Black in America bypasses childhood, it’s important that we provide spaces where our Black youth can be just that.

We were deeply saddened to learn of Jo’vianni Smith’s passing. Jo’vianni was well loved by the Bear Creek High community. She participated in band, played basketball and softball, and was known for her joyful spirit on campus. She will be dearly missed by those who knew her. Our hearts go out to the students, families, and staff impacted by this tragedy. We are providing remote counseling and bereavement services to those who need support right now.

Rest in Power Jo’Vianni Smith. May your legacy live on in all the lives you touched. 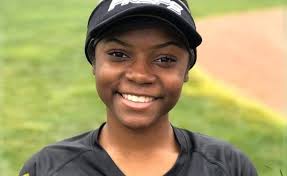 If you or someone you know needs help, place call the National Suicide Prevention Lifeline at 800-273-8255 or visit suicidepreventionlifeline.org

For additional resources on suicide prevalence and prevention in Black Youth:

Age-Related Racial Disparity in Suicide Rates Among US Youths