Today is the eve of the 25th anniversary of the release of All Eyez On Me. The 4th studio album of the late rapper 2Pac, the history of and on the album is one that should not go unnoticed.

Released in 1996, the album arrived barely a year after Pac was shot in the lobby of New York City’s Quad Recording Studios and later sentenced to four and a half years in prison for a sexual assault, which he vehemently denied. In October 1995, after serving 11 months of his conviction, the rapper was freed on $1.4 million bond thanks to Suge Knight, who ponied up the bail and inked Shakur to a three-album recording deal with Death Row Records (as well as Knight’s own management).

Hardened, focused, and hungry, the trip from Clinton Correctional Facility in Dannemora, New York to Can-Am Studios in Los Angeles saw Pac channel his year-long furor and angst into manic recording sessions. By the time February 13, 1996 rolled around, two of the three albums he promised as part of a signed deal with Death Row Records was already in stores — All Eyez On Me. 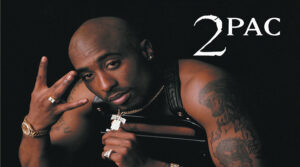 At 27 songs, ‘Pac makes it obvious that the earlier mentioned ‘dark clouds’ didn’t reduce his passion and outspokenness one bit. The trials and tribulations only elevated his skills and throughout that two-disc LP, we hear the entire 11 month ordeal loud and clear — sprinkled with a few lighthearted moments.

Within the short discography he contrived during his lifetime, All Eyez On Me was a defining opus. His third studio LP Me Against the World is arguably his most purest and revered, but Eyez was undeniably his biggest (it was certified diamond in August 2014). The album not only changed the face of rap by introducing the first double-disc release into the mainstream, but it turned ‘Pac from rap’s biggest voice to one of music’s towering giants.

Celebrating its anniversary this month, 2Pac’s All Eyez On Me is recognized as much of a classic now as it was back then. To honor the magnum opus, we lined up several facts about the album that has surfaced since its 1996 arrival. Over two decades later, we’re still California dreaming… 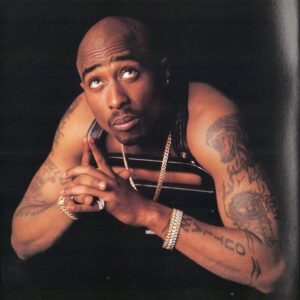 1. There were three other album titles besides All Eyez On Me in mind.

Before the album arrived, ‘Pac juggled with three other titles: including When I Get Free , prior to jail release, Supreme Euthanasia, and Euthanasia.

2. The album was recorded in two weeks.

In a matter of two weeks, ‘Pac recorded and completed his double-disc album, completing the two out of three albums he owed Death Row. The third release would end up being the posthumously released The Don Killuminati: The 7 Day Theory.

3. All Eyez On Me was the first mainstream double-disc release. 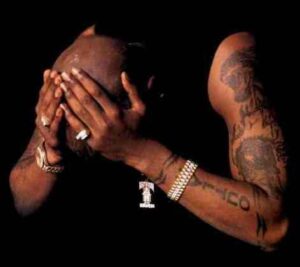 4. Pac had plans of following up with Me Against the World 2

After completing All Eyez On Me, Pac and the album’s main producer Johnny J reportedly started working on a Me Against The World-esque album, which was said to be delayed due to the recording of The Don Killuminati.

In August 2014, Pac’s double-album achieved diamond status by the RIAA for selling over 10 million copies.

6. “Got My Mind Made Up” was originally for Dogg Pound’s Dogg Food album.

In an interview with XXL about the making of the album, Kurupt revealed that he and Daz decided to give “Got My Mind Made Up,” a track intended for Dogg Food, to ’Pac once the rapper came home from his jail stint.

“The original record was me, [Lady of] Rage, Redman, Method Man and Daz. I told Daz, “Man, this is the one, we need to drop this, we need to put this on Dogg Food,” he revealed. “When ‘Pac came home, we put it up for ‘Pac, like “You want this record?” ‘Pac was like “Hell, yeah, I want that record!” And he dropped his verse where Rage’s was… and that’s how that record made it on Pac’s album.” 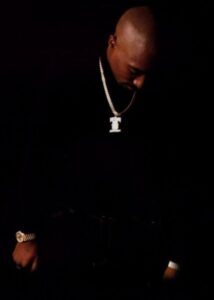 “California Love” was originally intended as the first single for Dr. Dre’s 1996 Aftermath compilation. The original version of the record included three verses from Dre. However, according to Tommy D in an interview about the record, “Suge was like, “F——k it, we’re putting 2Pac on that shit, and this is going to be the single off the record.””

8. “Ambitionz Az A Ridah” and “I Ain’t Mad At Cha” were the first songs recorded for the album.

On Friday, October 13, 1995 following a $1.4 million bail bond posted by Suge Knight, ’Pac returned to the recording studio and feverishly went to working on his album. “Ambitionz Az A Ridah” and “I Ain’t Mad At Cha” were the first songs he was able to create.

“First day he came home, “Ambitionz Az A Ridah,” that was the first record that he did,” Kurupt told XXL in a 2004 ‘Making of All Eyez On Me‘ editorial . “‘Pac wasn’t in the studio for any more than 45 minutes before he had his first verse done and laid it that fast. He didn’t even wanna chill; all he wanted to do was get on the mic. Whatever day he landed in Los Angeles, two hours after he landed, he had his first verse laid.” 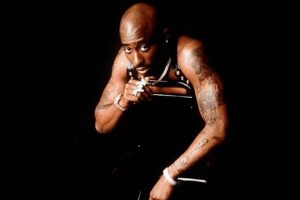 9. “Ambitionz Az A Ridah” features a sample of “Peewees Dance”.

The first song on the album features a sample of an oft-forgotten classic from Joe Ski Love.

10. “All Eyez On Me” was the first record he laid with Johnny J.

“That was the very first track I laid when we got together at death row,” the late producer told XXL about what ended up being more collaborations between the duo.

Along with “California Love,” the song “Can’t C Me,” was also a Dr. Dre track intended for the producer’s album. Rumor has it, the track was supposed to end up on his never-released joint album with Ice Cube, Helter Skelter. It’s worth noting, “Can’t C Me” was one of the two records on the album produced by Dre. 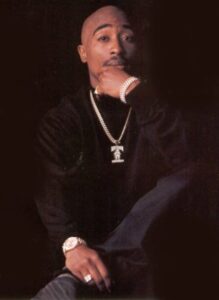 12. “When We Ride” was the first track featuring the entire Outlawz Immortalz

It started off in prison. ‘Pac gave each member of the Outlawz their names from E.D.I. to Kastro, Napoleon and Makaveli for himself. “That’s the one and only track that has all seven members — all nine of us,” E.D.I. would later mention in an interview about LP. “That was just our version of whatever Wu-Tang was doing at the time.”

“It’s a true story,” said Kurupt years after the LP. “We was in Vegas, and it was time to leave, and nobody could find Daz.” 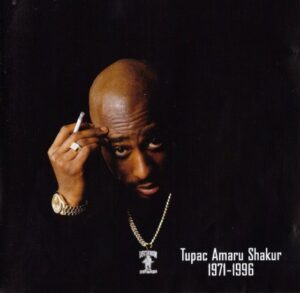 While describing his contribution to the posse cut on disc two of the album, E-40 shared an interesting story about the record in a 2004 interview. Recalling the studio session, 40 said the following:

“When I rap, [I] lay on the floor and write on [my] stomach. That’s just like a ritual… So we get out little drink, and we lay on the floor… Everybody, we down there. Pac… When I laid on the floor, I had two pistols. And I put them on the floor… It wasn’t for him, it was just we was fonking with a whole other side of town at the time. We had beef with another side of town. And so I put my pistols down on the ground. He looked at me, he just put his two pistols down on the ground and was writing with me. And he laid on the floor, right with me. Right beside me. All of us right there. He pulled me out like, “Ni——a I’m prepared, right with you.”