A fellow Bison (HU. YOU KNOW) recently shared with me a phrase she uses to a describe a certain segment of population: ashy disposition. If you don’t know what an ashy disposition is then you probably have one. #SorryNotSorry. And in October, the ashiest of ashy dispositions were prevalent among a handful of Black rappers who thought it would be a good idea to give President Pumpkin Spice a second chance, you know because he is looking out for “the Blacks” with his Platinum Plan. It was truly a low moment for the culture.

He isn’t a full on Uncle Ruckus. He is collateral damage. Ice Cube reached out to both the Democratic and Republican parties to see how he could provide influence over their platforms for our people.It makes sense. We must lean across the aisle to find common ground. HOWEVER, his timing was ashy AF. President Pumpkin Spice has been in this position since 2016. And you decide that months before the election that we should hold our votes to see which side is the best option for us? No fam. You missed that boat. Squandered an opportunity to have a more nuanced conversation that could’ve resulted in something more tangible. That move caused him to even disappear off social media for a while. Nothing was gained except a big shiny L. 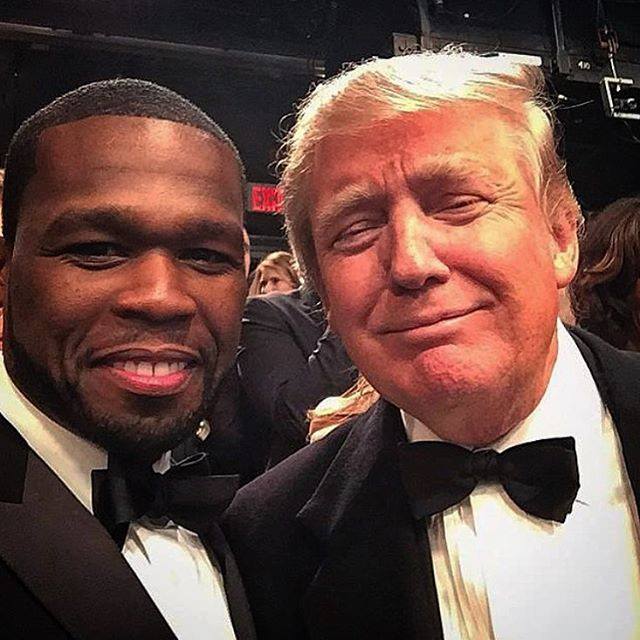 Then there was 50 Cent. 50 Cent thought it would fun to troll weeks before the election and tell us to vote for President Pumpkin Spice because of Biden’s tax plan, which has a higher tax rate for those making over $400,000 a year. It got so bad that folks barely making $50,000 a year were seriously considering giving Trump another four years so that they wouldnt be taxed on the imaginary money they didnt have. Black Twitter did what Black Twitter does and began roasting fools who SHOULD NOT be worried about Biden’s tax plan. 50’s move was selfish and reckless. But that is 50’s nature. And to add insult to injury, it took one berating from a white woman to get him to see the light. Imagine allowing whiteness to hold more weight in your mind than the voices of your Black brethren. Seriously, 50 is a fucking sell-out loser deadbeat.

And last but no least…. 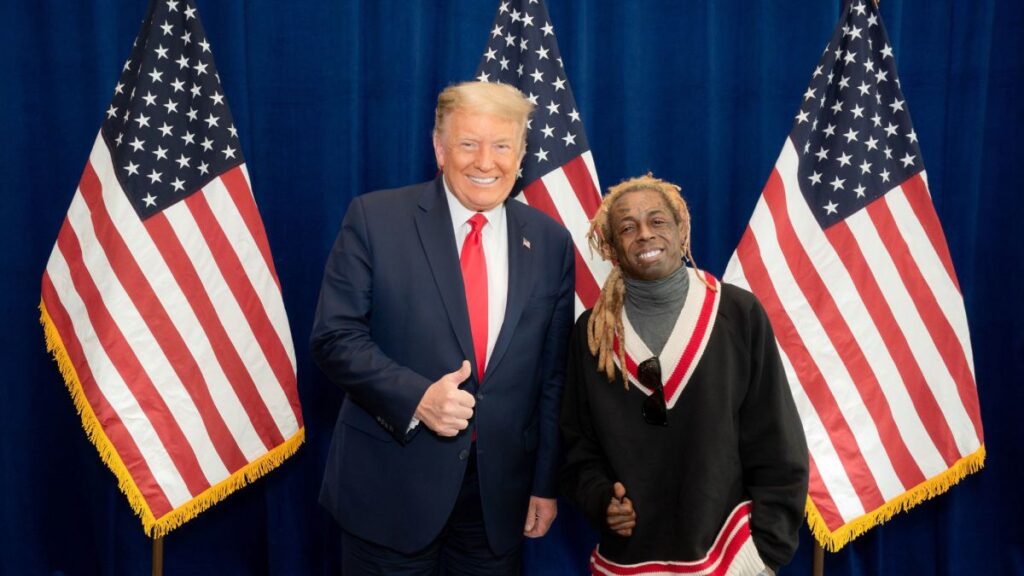 I’ve got nothing except to say that Lil Wayne truly WAS one of the greatest rappers alive. I can’t count how many times I have seen him live. So I’ll just say that it’s sad to see how drugs can take hold and corrupt some of our most brilliant  and beautiful minds.

This post is a reminder….a virtual writing into the wet concrete that is 2020 of that time these motherfuckers legitimately were like “yall should at least hear Trump out” so he can continue to keep us rich, while completely ignoring the reality of the literal bodies he leaves behind. Over 300K fromCOVID alone. This is why Dave Chappelle’s famous line “they shouldn’t have given you n*ggas money” rings true. Because that change in tax bracket made them forget where they came from and having blindspots on how bad the “regular” people are struggling under this administration…during a fucking pandemic. And no, I didn’t forget about Kanye. I just refuse to give him any more space than necessary. 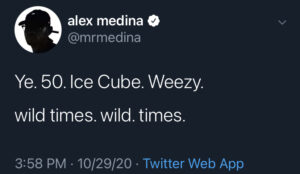 Trump is a stain on our culture. A relic from when we thrived from validation from white spaces. And Trump was such a good grifter that he was able to manipulate these new money knee-grows into believing he is on their team. He is not. Ice Cube needs to tap into that NWA energy because the Cube I know would’ve dropped bars going against this autocracy, not a peace offering. Thank God for Nipsey (RIP) and YG for having the forethought to create the anthem we didn’t know we needed. We are at war. A legitimate war. Against our bodies. Against our minds. Against our futures. And these fools thought that it was ok to discuss the playbook with the enemy with 10 seconds left in the 4th quarter. This is not our ancestors wildest dream.

And that is not to excuse the Democrats. JOE. BIDEN. IS. NOT. THAT. DUDE. At all. You are in for a world of disappointment. You’ve been warned so you wont be as disappointed. The Democrats nor Republicans have our best interest at heart. Since 2016 I have been screaming about Black people need to break up with both parties and make them court us to our issues. And if a third party happens to come from it then so be it. Why do Americans allow ourselves to believe we are absolved from changing our political party system especially since the demographic of both parties have drastically flipped TWICE over our grandparents lifetime. As in people still living. That is how fluid this is.  Now is the time for change. I digress.

Cube, he’s not cancelled. He can still yell “Domino, mother fuckers. How bout that” at the cookout. 50 Cent and Weezy though…since they thrive in that validation in non-Black spaces, I motion that we hereby revoke and rescind all rights and privileges granted under and by the Black Delegation. Let the ambiguously exotic delegation accept you. Can I get a second to the motion?

Please leave that low vibration, ashy disposition frequency in 2020. And I can assure that not one of them knee-grow received their superpowers on Dec 21.